The Directory is available in the following countries:

Is our business contact information for Ruffcuts Wear correct?

Please let us know if our details for Ruffcuts Wear are correct using our feedback form.

Write a review of this business 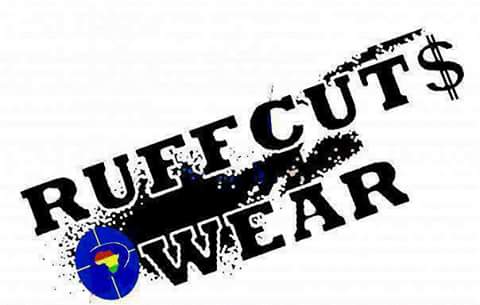 For other uses of the name "Ruffcuts" or Marco F Machona" is all One in One. Marco F Machona's MBA Thesis at Southeastern Louisiana University on branding and brands was implemented in Zimbabwe and Africa as Ruffcuts Wear was founded in Harare.Type: Private and Community BrandTraded: Not yet listed. Influence: Won a number of accolades including The University of Witwatersrand award for being authentic and social sponsorship.Founded: January, 2001 in Harare, Zimbabwe based on an MBA Thesis on Branding and Brands and their community influence. Ruffcuts Wear is 15 years old. (Founded as Marco Machona Ruffcuts General Dealers and Globbiz Investments)Founder: Marco Finiasi Machona (BSc Agricultural Economics - University of Zimbabwe, MBA - Southeastern Louisiana University in USA and PhD - Wits University in South Africa)Headquarters: Gokwe - Nemangwe - Zimbabwe and Vereeniging in South Africa.Area served: Zimbabwe, Zambia, South Africa, Botswana, Lesotho, Kenya, Angola, Malawi, Mozambique, Nigeria, United States of America, United Kingdom, Germany and ChinaMarco F Machona(Chairman / Founder / CEO)Shona Agnes Machona(President in USA): Footwear and apparel, sport equipments and other athletic and recreational productsRevenue: US$2.2 million (2016)Operating income: US$0.175 millionNet income: US$0.273 millionTotal assets US$5.00 millionTotal equity US$3.707 millionNumber of employees: 12. (2016)Website: www.Ruffcuts.co.zaRuffcuts Wear: Is an African multinational corporation that is engaged in the design, development, manufacturing and worldwide marketing and sales of footwear, apparel, cosmetic, accessories and services. The company is one of Africa's home grown brands and suppliers of athletic shoes and apparel and a major manufacturer of cosmetic ranges for rural and village communities. The company takes its name from Rough life the founder endured both as an athlete in Bundesliga, Germany and being raised growing Cotton in Gokwe - Nemangwe, Zimbabwe. Ruffcuts was founded on sweat and passion for success. Cotton cuts during picking and harvest time inspired the founding principles of the Brand. Ruffcuts Wear markets its products under its own brand. Ruffcuts Wear sponsors many high-profile African celebrities and athletes and sports teams around Zimbabwe, South Africa and Africa, with the recognized trademarks of "You Are What You Are" and the Africa Map as Logo.

Ruffcuts Wear have not listed any products yet.

Ruffcuts Wear have not listed any services yet.

Ruffcuts Wear does not have any reviews yet. Why not write one?

All the reviews on The Directory are written by consumers, so any review you read is based on experiences that a customer had who interacted with the company listed within our business directory. Our aim is to improve product quality and customer service within the market and thereby help to empower Zimbabwe's consumers.

We invite and encourage you to write reviews of the companies who's services you have used.

Buy copies of The Directory

CLICK TO VERIFY THIS LISTING FOR THE DIRECTORY APP

Click here to find out more about TheDirectory.co.zw App available from the Google Play Store

If we're missing a Zimbabwean business and you'd like to make a suggestion, please do!